Before our fabulous cruise in May of 2015, we hung out in London for 5 days and toured the area!  We arrived in April and we were met by my brother in law and his wife and daughter.  They live in Poland and we took advantage of being close to them and arranged a short holiday!  This was our second visit to London and we enjoyed it very much!  We stayed in a suburb all together and did some AMAZING touring!  Here is a photo journal of that visit!

We walked EVERYWHERE and this photo was taken on way to Harrods! 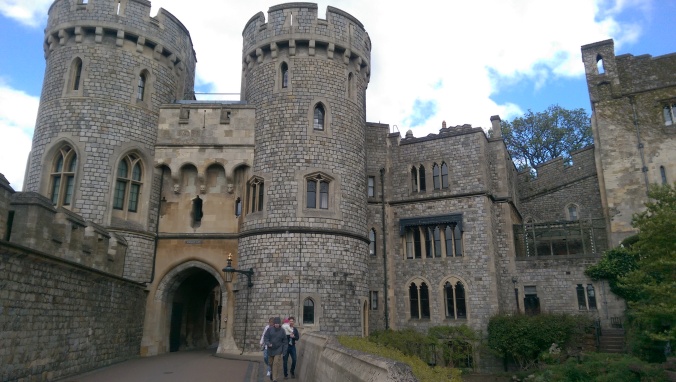 Windsor Castle – one of our favorite stops! We were rushed in our visit and I cannot wait to go back. This castle is really a fine example of Royal castles and it was a highlight of my stay in London!

Windsor, Char and Sable – you all haven’t met Sable yet, but this kitty gets around. She even has her own book series in the works!

My first favorite thing about this London visit (aside from seeing family, or course) was scoring coveted tickets to tour Highclere Castle – AKA Downtown Abbey. Here, Sable checks out the grounds as “Downtown Tabby”.

My handsome hubby and I at Highclere Castle.

Family photo taken by dad. Yes it was cold, rainy and windy – it was April in England!!!

Kelly and I ate out one night while the kids went back to the flat with the family. We ate at a restaurant in the basement of Harrod’s that specialized in TRUFFLES!!!!! It was SO good!!!!

Sable MIGHT have been getting a bit too familiar with the queen. Madame Tussauds.

Oh Char….well this is a statue representing the overindulgence of King Henry the VIII’s court at Hampton Court – another FAVORITE stop of mine – a must see! 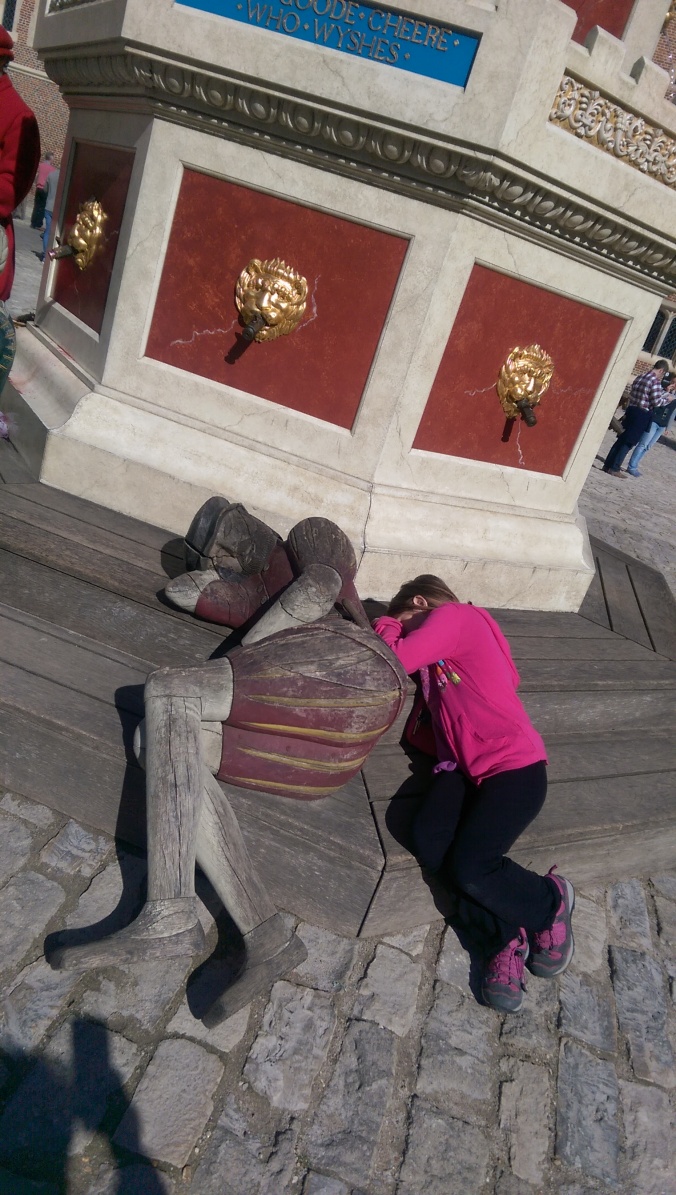 Char strikes again….sleeping next to the famous wine fountain that was created for a treaty meeting in northern France between Henry the VIII of England “and France” and King Frances I of France. This fountain flowed with wine in front of a “castle” built out of golden cloth to represent King Henry’s magnificence. So famous is this amazing tent that the event in history is referred to the Field of the Cloth of Gold. My history buff side shines through!

Mind the gap. We got an Oyster Card and used all manner of public transportation throughout London! I love this shot of Char and Sable!

A view of Parliament from the London Eye.

These adorable sheep were all over the city and the kids posed with them whenever possible! The sheep were dressed in outfits that represented the area where they stood.

Go To Live It Well Travel

Been there. Done that.